Passing the hippy van parked on the peaks of the Lake District and walking under the rainbow archway, everyone had stepped into a world of lava lamps, bubble machines, great music and culture, they had walked into Swinging Sixties.

More than 600 attendees began socializing with friends and making new acquaintances over fine wines and cocktails while enjoying the beautiful canapes made by the Kerry Hotel, and the delicious sweets from Hulu by TRB. Let us not forget anxious corner where rugby fans gathered around to watch the Rugby World Cup over a pint of draft beer. 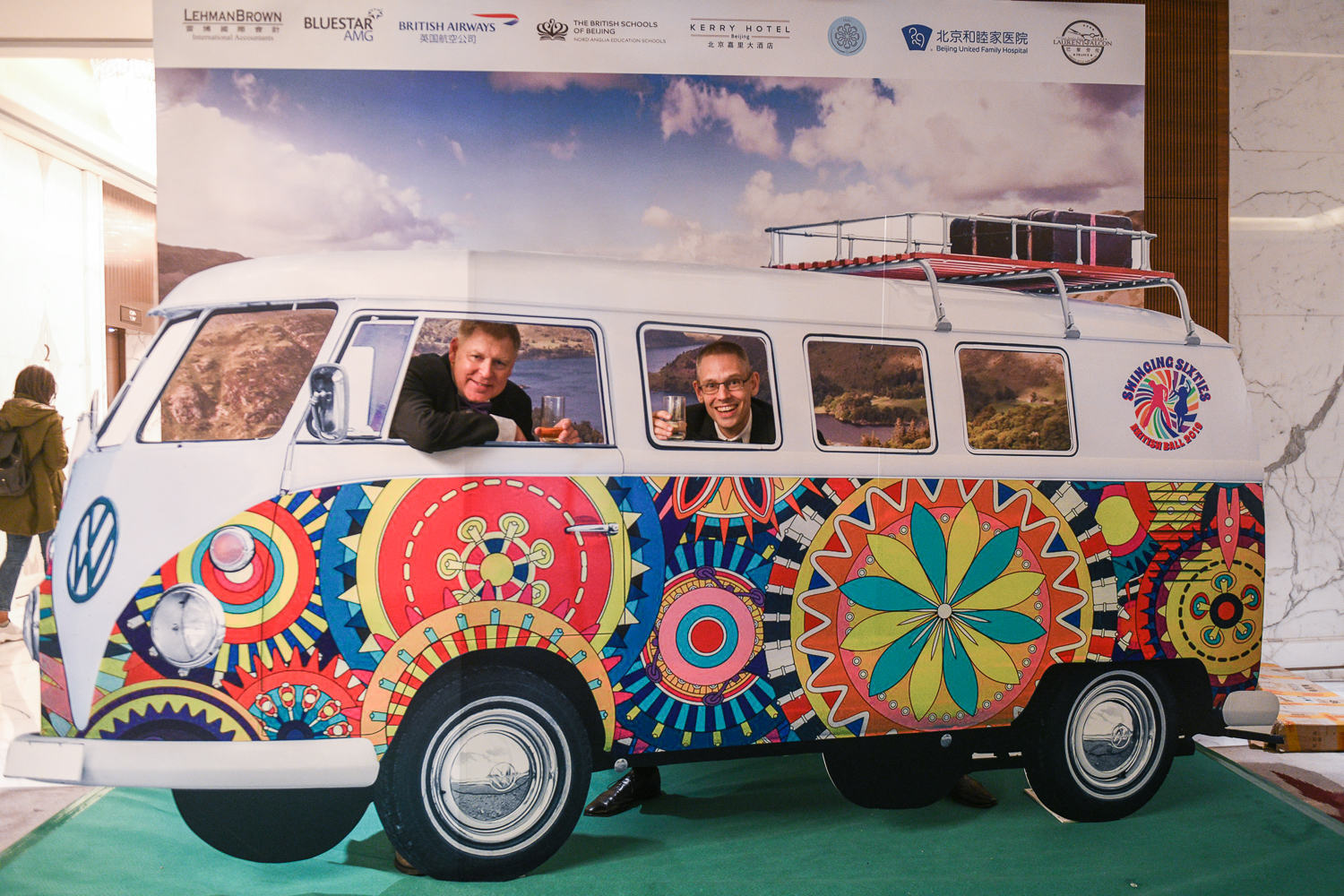 The grand ballroom doors opened to the recognisable sound of the one and only Beijing Beatles. In an instant, the ballroom was filled with fans dancing to classic Beatle songs of the sixties, while others found their seats on their wonderfully decorated tables where they saw the many fun items from glowing sunglasses to bubble guns, to glowing flower crowns. The ballroom was mad with lights flashing everywhere, dancing and excitement for what was going to happen next. 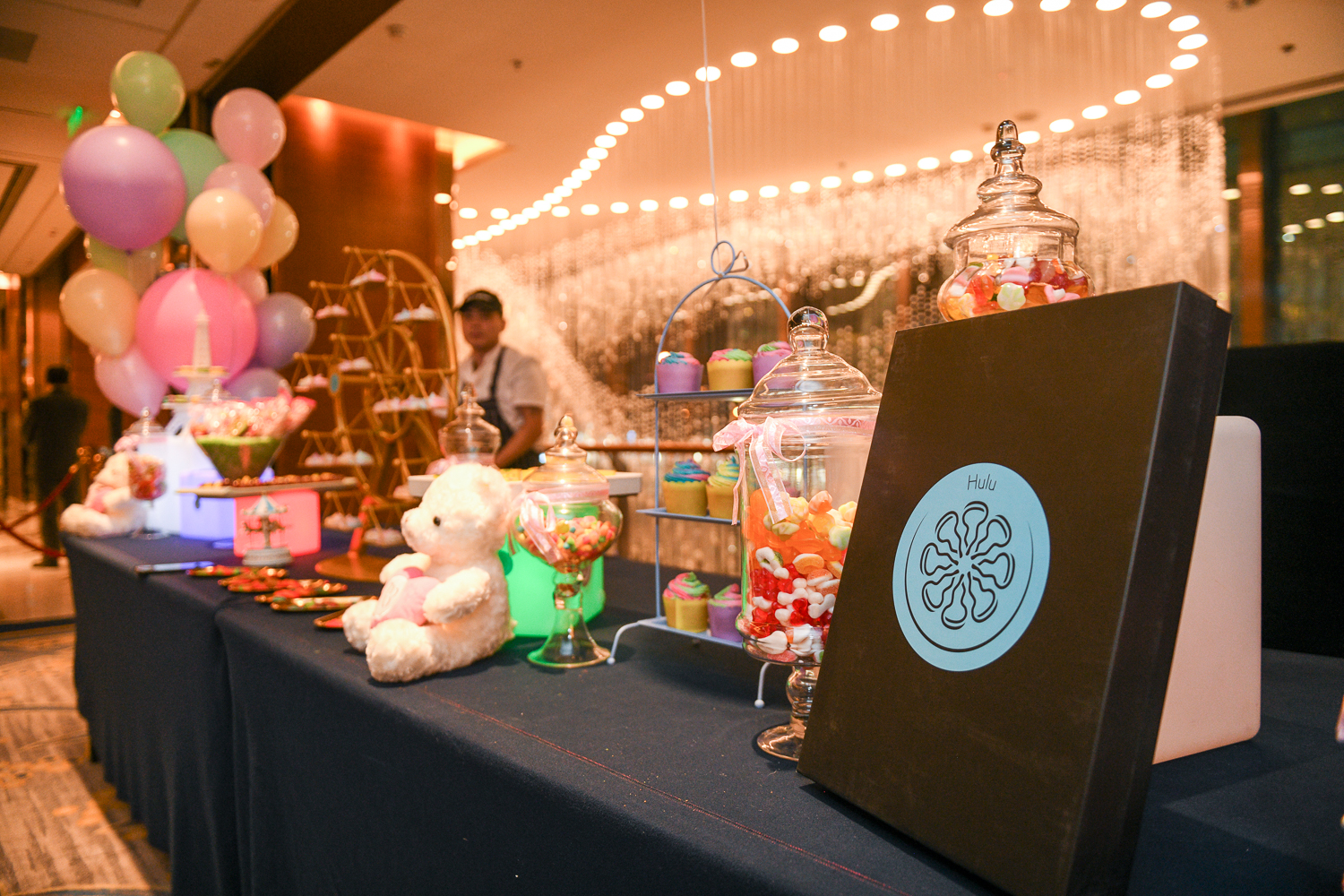 Right after in an instant an army of little hippies rushed the stage, it was the choir from the British School of Beijing who had prepared a fantastic performance singing iconic songs from the sixties.

As the night progress with the fun and games, the Kerry served the delicious four-course dinner composed by prawn cocktail, creamy squash soup, tender lamb shank with mash potatoes and vegetable, ending with sticky toffy pudding. 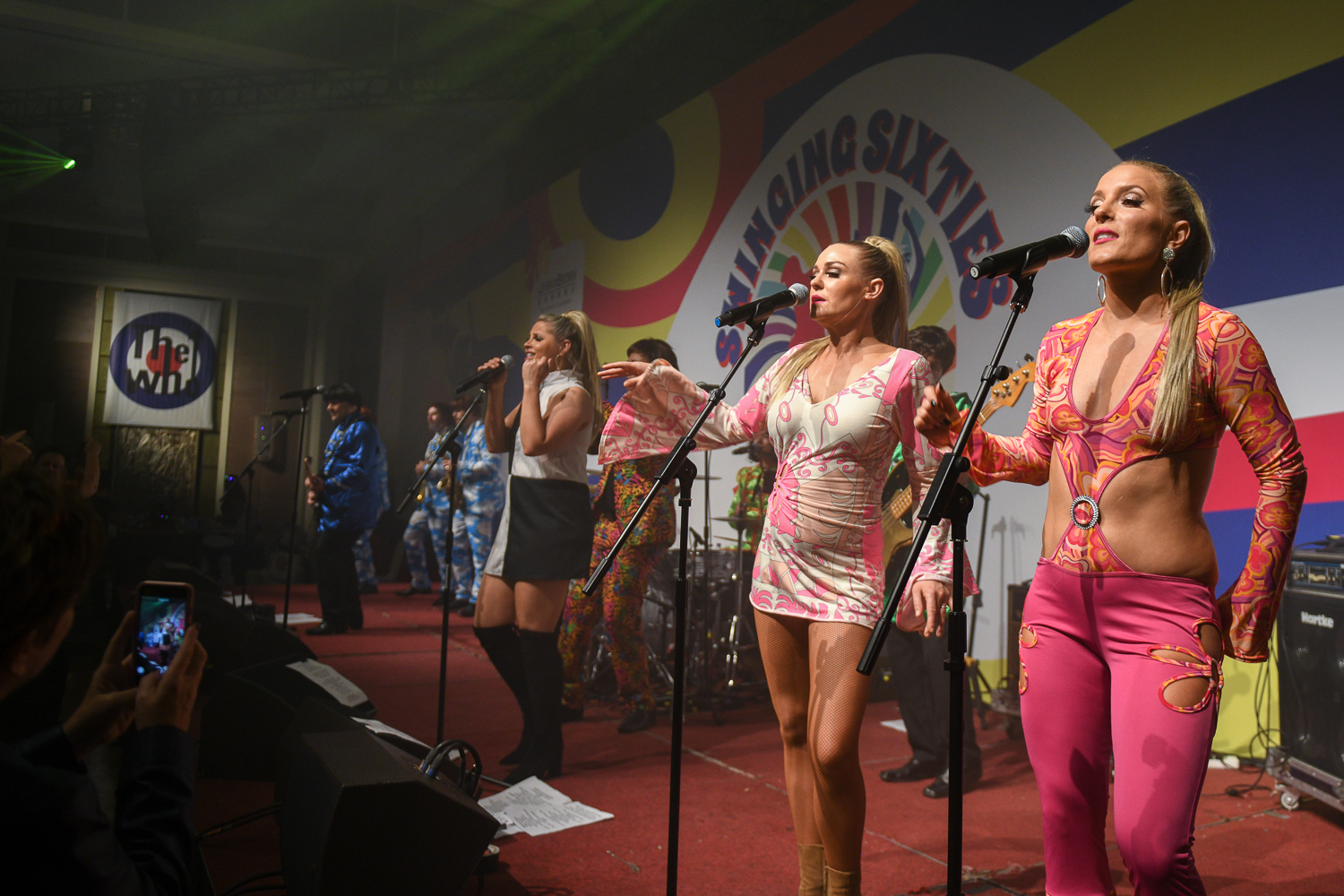 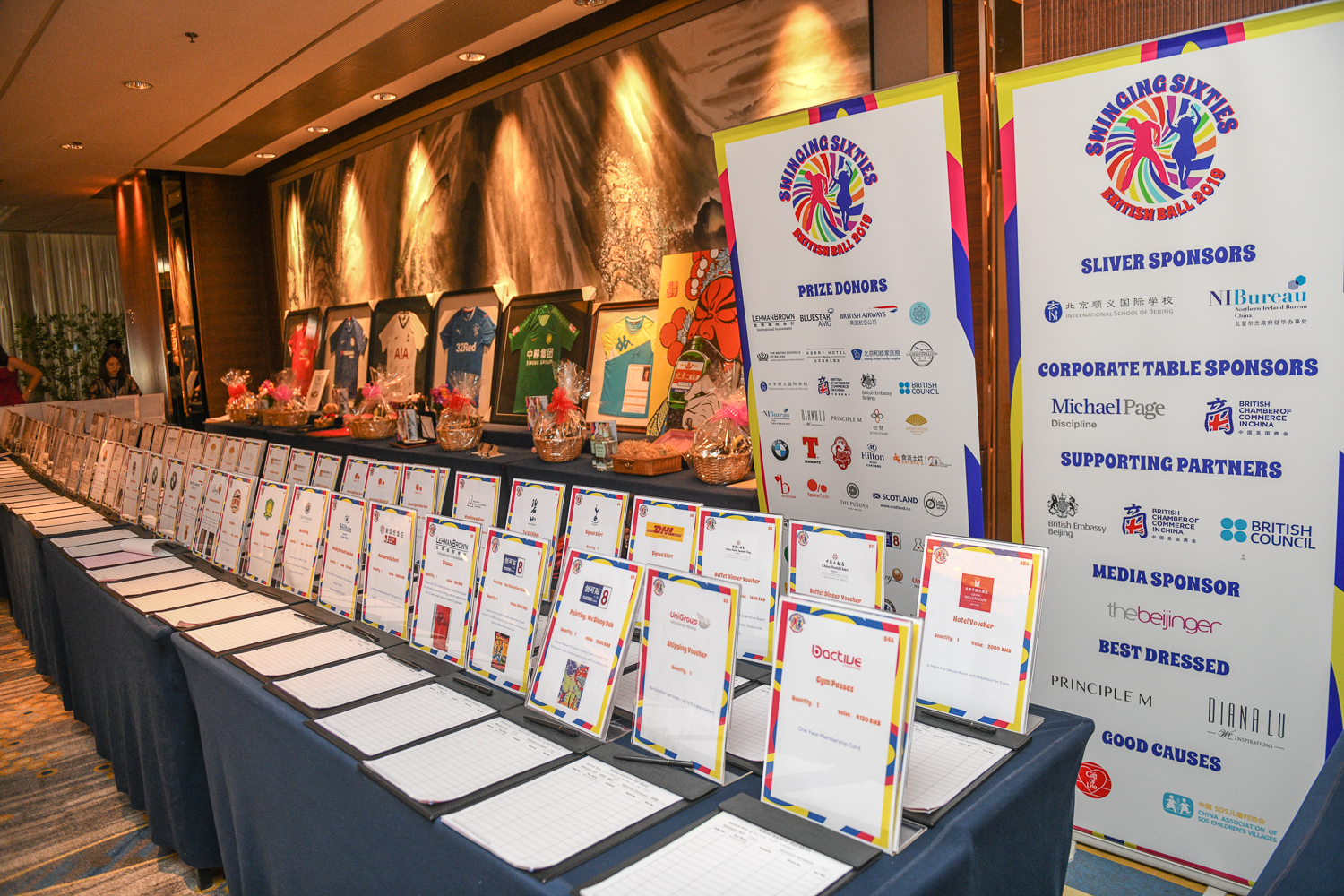 The main prizes of the night were, however, the two-night stay at Turin Castle in Scotland for six guests worth 150,000RMB, Songtsam’s Boutique Tour in Yunnan for two worth 34,000RMB, and most desired item two business class return tickets with British Airways from Beijing or Shanghai to London worth 60,000RMB.

Outside the grand ballroom, there was plenty of activities to indulge in, from the enormous selection of Silent Auction items donated by the generous prize donors to the spa massages sponsored by Dragonfly, to the fun photoshoots by the Pecking Productions at the photo booth with fun sixties-era props and the famous Volkswagen hippy van. 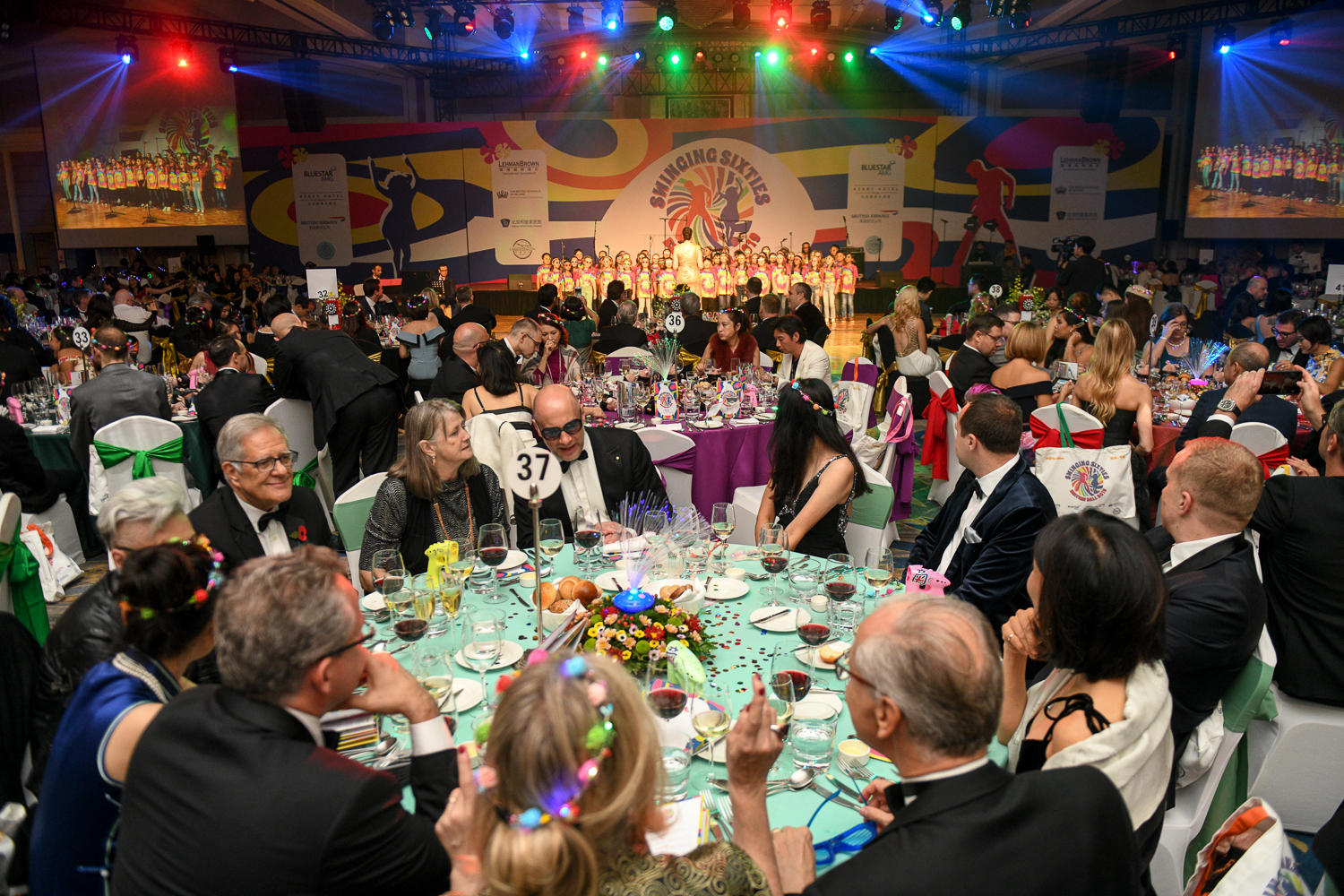 After the prizes had been awarded and the dance floor cleared for dancing, up on stage come the most anticipated band of the night, BigCityBeat! They are returning veteran British Ball band that has always made sure everyone has a good time. Once the band left the stage, it was the British Ball’s favourite DJ Andres Vargas who would keep the party going well into the night.

As everyone danced long into the early hours of the morning, they were treated to midnight snacks, and the Great British Survivor’s Breakfast especially prepared for them by the Kerry Hotel between 2 am and 4 am. 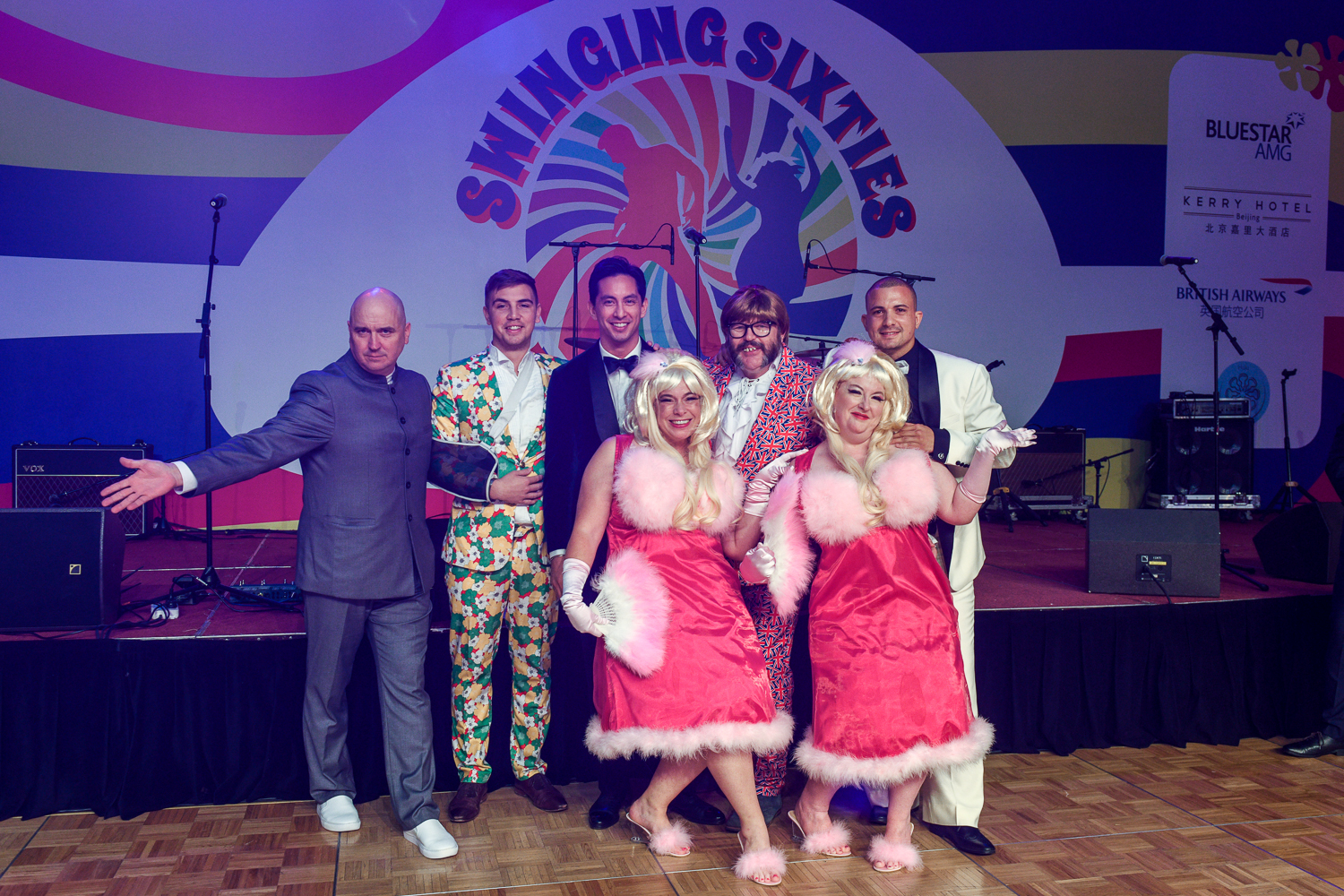 “Swinging Sixties” British Ball is one of the most fun British balls yet! Such success would not be possible without the great support of all the sponsors and generous guests who contributed to supporting China Association of SOS Children’s Villages and Gift of Life.

The British Ball Committee thanks you and looks forward to seeing everyone next year for another incredible and memorable British Ball!!