With great pleasure and excitement, LehmanBrown sponsored the first ever Highland Games organized by BritCham together with AustCham and the Beijing Scottish Society. Families had come from all over Beijing to have their children, and themselves compete in the Highland Games winning lots of medals and prizes. There were even Scotsmen parading proudly around the stalls and games with their elegant Kilts. 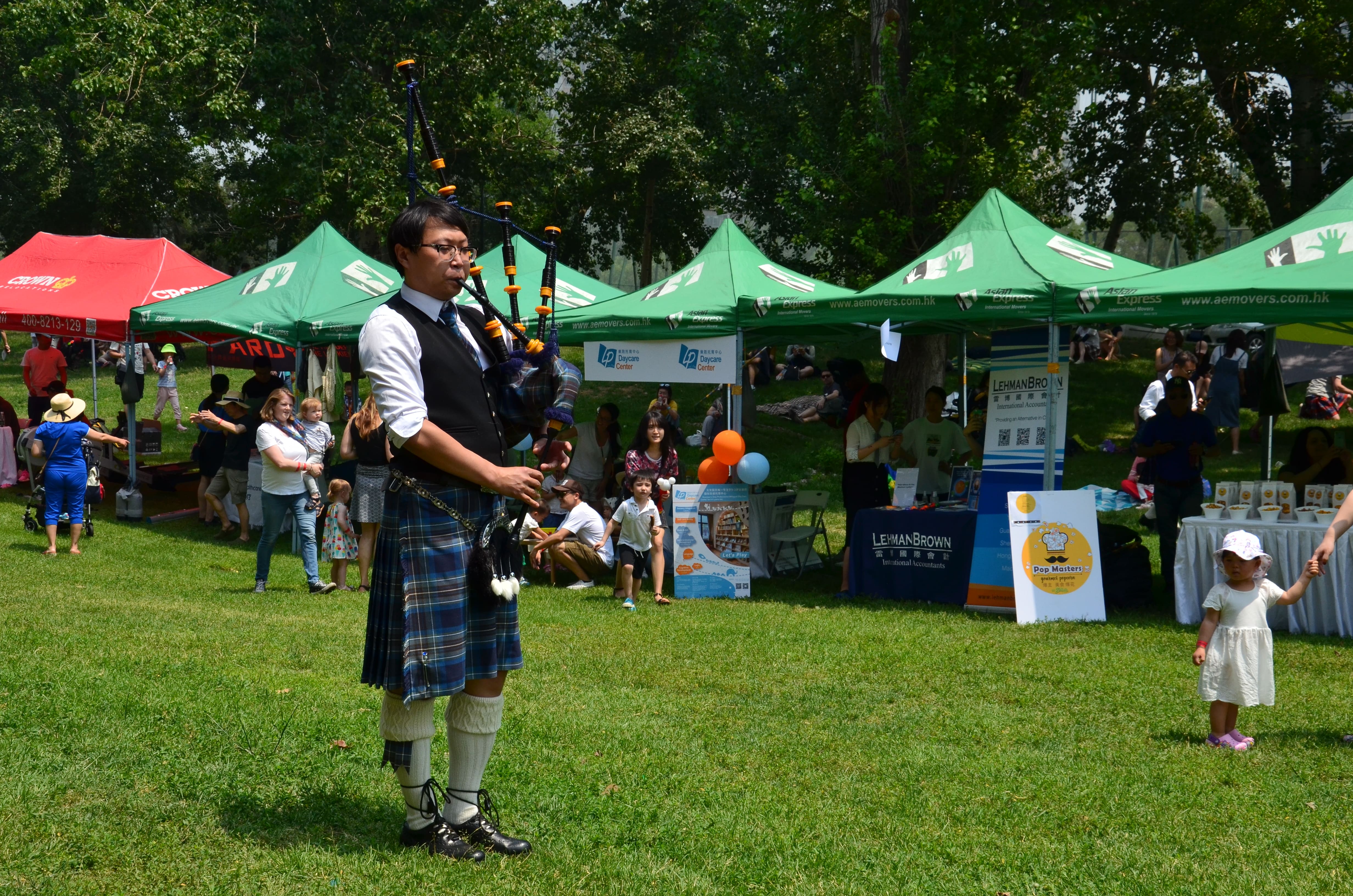 Children could partake in many different competitions including the incredibly challenging egg-and-spoon race and much more. Almost all the children had won at least one of the competitions as there was something for everyone. However, later in the day, adults were summed to compete for the tug-of-war where strength and team unity reign supreme. 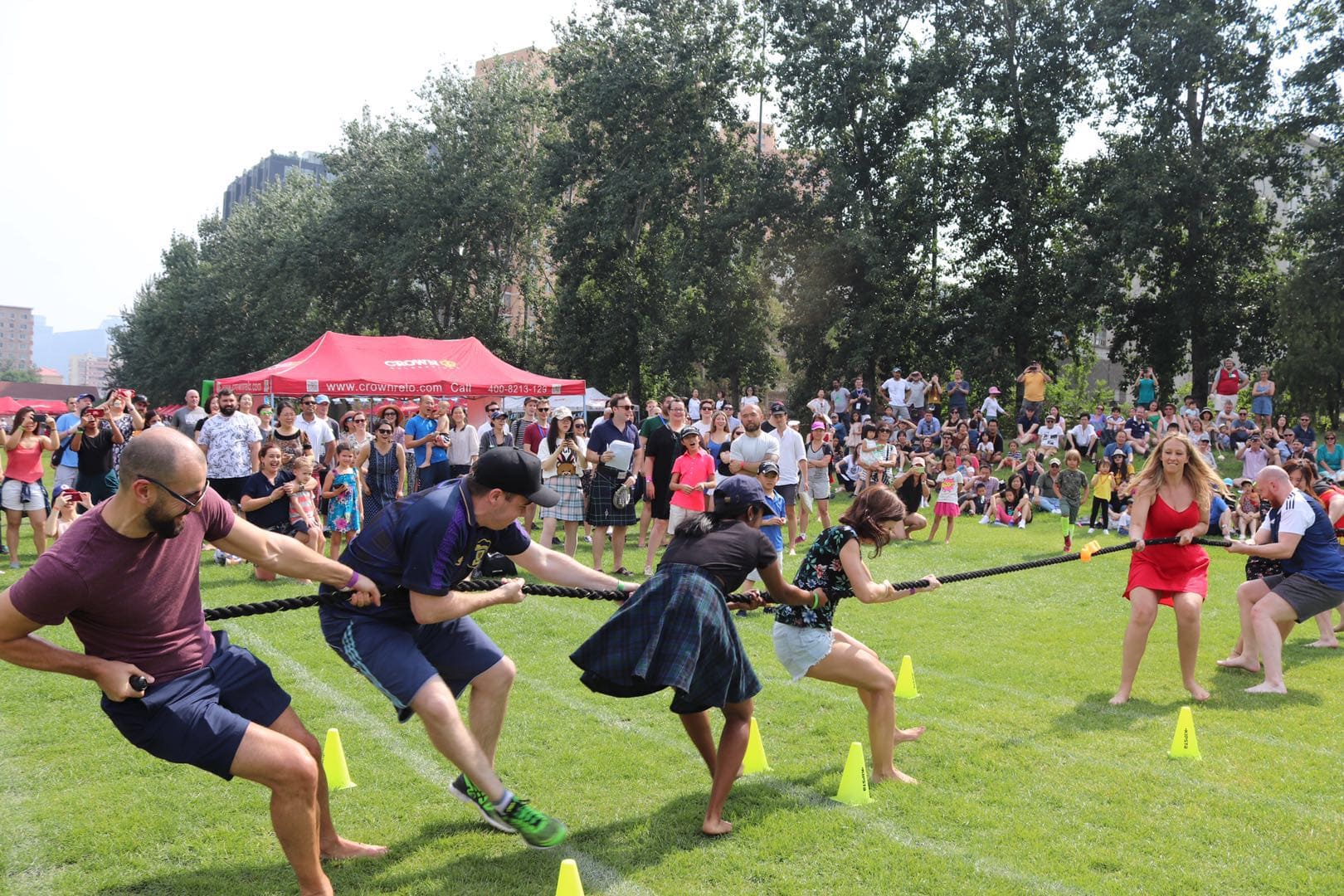 Meanwhile, at the booths, there was plenty of Scottish food to choose from ranging from juicy sausages to the internationally renowned Scottish haggis! To accompany the meaty delights there was plenty of refreshing Scottish beers or fresh coconuts for all. As everyone replenished their energy for their next competitions, many strolled through the handicraft’s stalls which offered some protection from the sun and plenty of little knickknacks to buy. 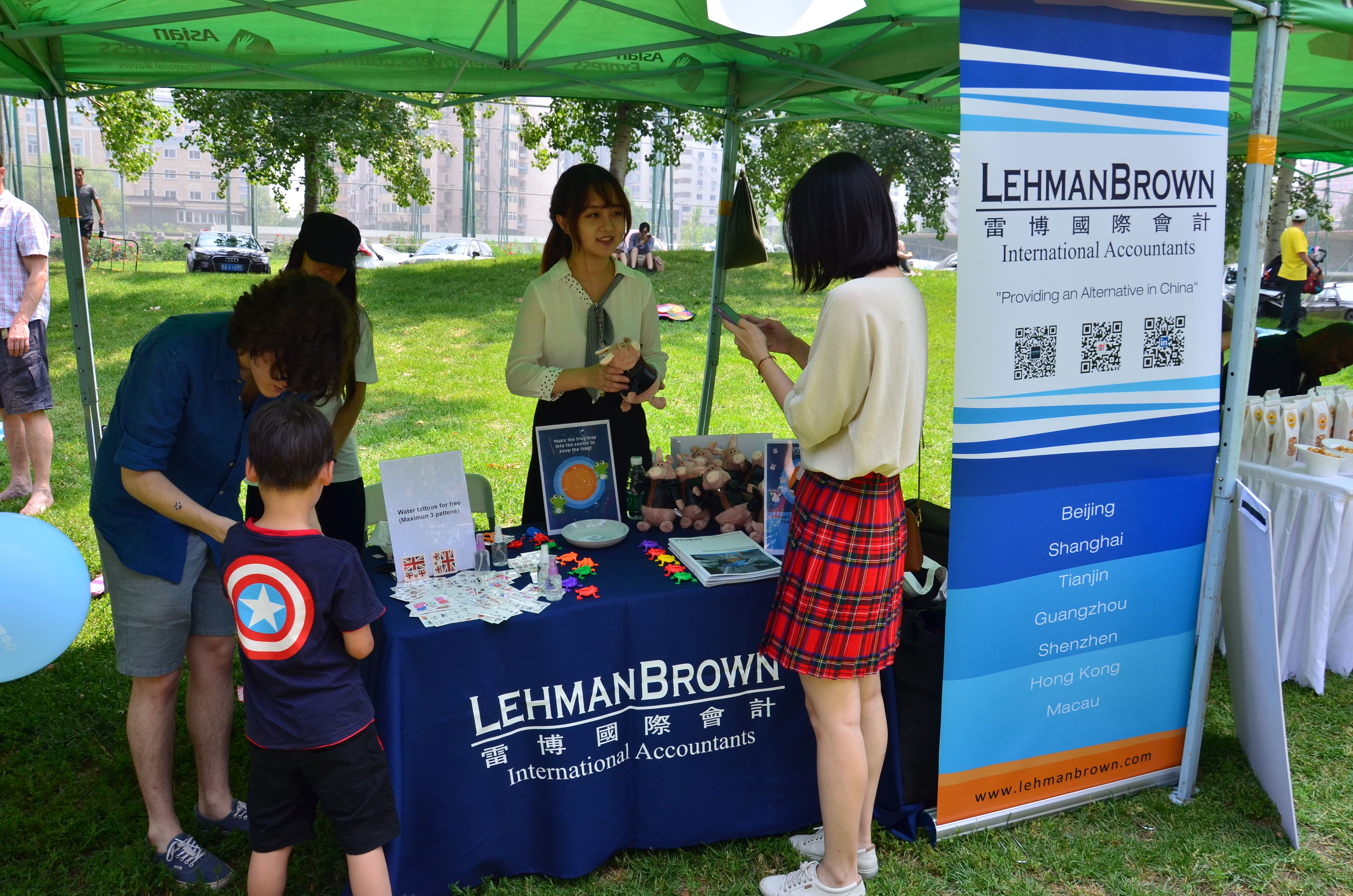 LehmanBrown’s booth was not sitting idle during the entire event. It was one of the popular ones. The booth was filled to the brim with plenty of water tattoos with popular designs like Spiderman, Hello Kittie, Disney princess, and of course Peppa Pig. In keeping with tradition, the LehmanBrown booth would not have been complete without our fluffy mascots, and so we had brought this year’s biker pig which goes by the name of Paige. All the little piggies were being given away basically for free to anyone who joined the LehmanBrown WeChat and whoever wanted one for their kids.

In the end, the Highland Games was a huge success thanks to the tremendous support from the Beijing local and expat families, and the incredible effort that BritCham, AustCham, and the Beijing Scottish Society made to create this brand-new summer event. LehmanBrown and their families had a wonderful time and look forward to seeing a Highland Games 2020!